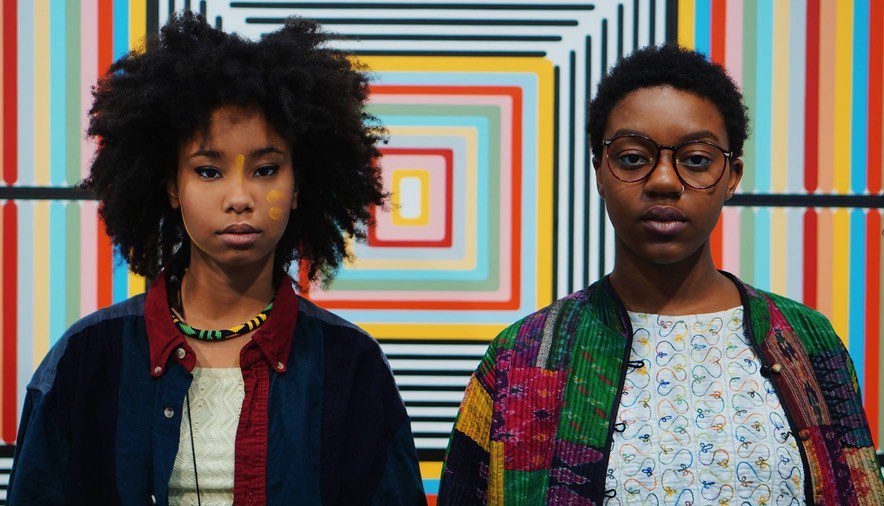 Dating back to 2013 when Niambi Sala and Thandiwe were both freshmen at an NYU scholarship orientation, they were able to connect at first sight which resulted in the formation of the music duo Oshun eventually making their debut at the orientations’ talent show the following year.

Having been raised in a musical home, Niambi Sala lived her entire life as a musician and vocalist deciding to attend the Clive Davis Institute at NYU to further her career. Having moved to NYU to study Journalism and African Studies, Thandiwe dabbled in music production, and towards the end of their first semester, the duo had gotten serious about their musical aspirations.

The name Oshun originates from the Yoruba deity Osun and her sisters from Nigeria synonymous with feminity and womanhood. Over the years, Oshun has grown its audience significantly and earned publication on leading platforms including Complex, Huffington Post, and have toured several cities across the United States.

Intending to empower women and people in general, foster self-respect, confidence, and cultural pride, Oshun was content that Osun’s bigger goal was omnipresent and achievable through the re-emergence of realignment, awareness, and creativity in the form of a cultural movement.

Carrying the name and traditions of primordial West African deities Osun, Niambi Sala, and Thandiwe honor the divine feminine through making music, visuals, and sharing experiences that are true to the ideals of the Great Mother whose embodiment and expression they pay homage to.

A true representation of Afrofuturism, Oshun’s music is multi-genre and embraces Hip-Hop / Soul and Spirituality. A mix of digital and captivating acoustic sounds, ambient harmonic textures, bass, and heavy drums, Oshun has earned an audience of millions to date with a visibly strong presence on social media and numerous streaming platforms including Spotify. They have also gotten harder to book as a result of touring more venues within the United States and internationally.

With a multi-cultural audience that cuts across age groups, Oshun has been recognized by Billboard, Rolling Stone, Revolt, The Fader, Vogue, and many other media. Oshun has released albums like Occult Interface, Asase Yaa, Vol.1 bittersweet.

Despite the changing world trends, Oshun’s ideals to love, nourish and heal are a constant that has been and will continue to be as proven through their musical endeavors. From the onset when two freshmen met at NYU, to touring small venues, to touring major cities in the United States and internationally, to recognition by Rolling Stone magazine and the Bill Boards, Oshun has proven that they are a cultural force to reckon with.