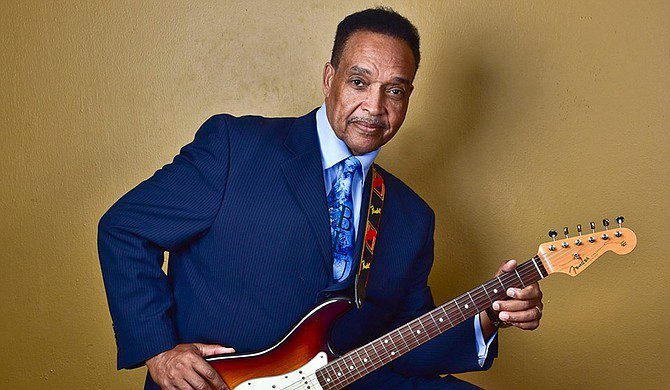 Born on September 10th 1951 in Hattiesburg, Mississippi, United States, Johnny Rawls was taught the basics of guitar by his grandfather who happened to be blind. He further explored music instruments learning how to play the saxophone and clarinet in high school.

A singer, songwriter, guitarist, arranger, and record producer, Johnny Rawls credits his influence to1960s deep soul music even though his styling, production, and lyric styles visibly had a contemporary touch to them.

By his mid-teens, Johnny Rawls started backing musicians such as Z.Z and Joe Tex who were touring Mississippi at the time. In the 1970’s he joined O.V. Wright’s band serving as music director continuing in the role after the band was later renamed Ace of Spades upon Wright’s demise.

Johnny Rawls always had the drive to work under his name demonstrated when he cut a 45 for the Rainbow label in 1985. He recorded several singles for his label at the time Touch Records going on to record numerous songs over his career. He leveraged his connection to Blues harp legend Willie Cobbs, together with Luckett working with Jim O’Neal of Rooster Blues resulting in the critically acclaimed “Can’t Sleep at Night”

With an impressive resume, Johnny Rawls is out of the ordinary and has let his works and achievements make the noise for him. He served as a producer and A&R rep for JSP records from 1996 releasing several albums for artists on the label and four records of his own including his debut solo album “Here We Go”. He developed and refined his own outstanding southern soul melody style which encompassed heavy rhythmic pulses. He went on to start his label Deep South Sound producing records for his old friends Blue Boys Willie and Chick Willis as well as his own “Lucky Man” record plus a record for his daughter Destini. To date, he has recorded hundreds of songs

Having toured extensively throughout the United States and internationally, Johnny Rawls has gotten himself called a true “road warrior” playing about 200 dates annually. He has graced major blues festivals multiple times endeavoring to deliver a high octane show gratifying the audience regardless of whether it was a small or big audience.

Johnny Rawls as of today has released over fifteen musical albums, scored several blues music award nominations, and won several awards including Soul Blues “Male artist of the Year”, Soul Blues “Album of the Year, and the 40th Blues Music Awards Ceremony with his album “I’m Still Around” in 2018, where won the award for the “Soul Blues Album of the Year” in 2019. The release took him back to his Souls Blues roots in Mississippi. He wrote and arranged all the songs on the “I’m Still Around” album ensuring they were reflective of his favorite subjects like being grateful for life, lovemaking as well as falling in and out of love.

With a career spanning over five decades, Johnny Rawls has seen terms such as “soul blues” come into existence to describe his music. An internationally acclaimed recording artist, music producer, and songwriter with several accolades and is deemed a legend of soul-blues.