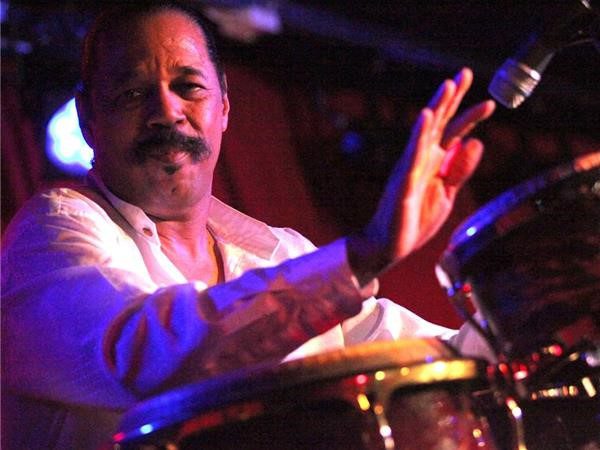 Victor Orlando was born on November 11th, 1952, and is an American percussionist, musician, music producer, songwriter, actor, comedian, writer, movie producer, and director popularly referred to as percussionist to the stars. His passion for music saw him migrate to Los Angeles over 45 years ago from Dallas, Texas, and has since been performing professionally for over 48 years.

His Grammy-nominated CD – N Da House brought him his long-overdue roses and acclaim. He spent much of his time creating music and touring around Los Angeles and the World. Victor Orlando is also a recipient of the Los Angeles Lifetime Achievement Award known for always sharing his music and building harmony in his community.

Victor Orlando was also awarded The Best Percussionist Award by The 2nd Annual Nollywood Film Awards for his work as a drummer. He has also been the drummer for the platinum-selling Lowrider Band, previously War. It’s no wonder that his band, Fun-Ja-La, was called Fun-Ja-La.

People would be astonished to learn that Orlando has never smoked, drunk, or used drugs in his whole career, which spans over 45 years, but still admits to not being perfect. He adores his Dr. Peppers, Krispy Kreme Donuts, and soul food, as well as his five children and four great-grandchildren more than anything else.​

Victor Orlando is a Grammy-nominated musician, singer, actor, comedian, writer, producer, and director, as well as a percussionist to the stars. He has worked with several world-renown musicians as well and has been successful as a musician himself. He has won and been nominated for several awards including the Grammys, Hall of Fame, and NAACP.