Rock Steady Crew Concert Anniversary: SummerStage is Back in Parks 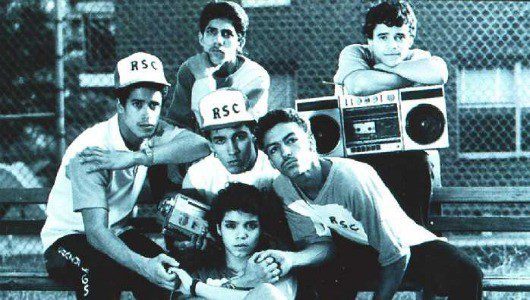 SummerStage is New York’s largest free outdoor festival for the performing arts launched by Capital One City Parks Foundation. On an annual basis, an estimate of 100 free concerts is held in 15 to 18 parks across the five boroughs of New York. The performances typically range from American pop to Latin, dance, theater, and world music appealing to New York as its core niche during the summer arts festivals.

Having been in existence for over 35 years, over six million people from New York and all over the world have been thrilled by SummerStage. SummerStage Anywhere was founded in response to the covid pandemic to present 80 free performances digitally across different genres to viewers worldwide.

Being the global quintessential city, New York has been home to the SummerStage for over three decades bringing renowned artists and rising acts from all over the world to its neighborhood parks. Amongst the distinct New York genres presented are jazz, hip-hop, salsa, Afrobeat, soul, reggae, indie, modern dance, and many more. The essence of SummerStage is to turn local parks into evolving spaces that are accessible for performances. Several legendary artists are known to grace the event with their presence.

The 2021 SummerStage will feature renowned artists and rising stars directly linked to New York City with a host of shows to resume to The Coney Island Amphitheater, Marcus Garvey Park in Harlem, Rumsey Playfield in Central Park, and other venues. The featured artists this year will be The Rock Steady Crew who have headlined at the SummerStage before and this year’s event is more of a Concert Anniversary to the music and dance group.

Formed in The Bronx, New York City in 1977 by Jimmy Dee and Jojo who were both b-boy dancers, a branch was created in Manhattan by B-Boy Fresh and Crazy Legs with NY Times referring to them as the world’s foremost breakdancing group.

Known for both breakdancing and occasionally recording, The Rock Steady Crew’s membership spread with chapters sprouting in Italy, Great Britain, and Japan. Constantly evolving, many members left the outfit and many joined as well with the essence being that one had had to battle and win over an existing member to be deemed worthy to join.

The Rock steady crew earned the respect of hip-hop legend Afrika Bambaataa at a show in 1982 even joining his Zulu Nation. They went on to get a recording contract with Virgin with the single “Hey You” reaching number 38 on the US dance charts and doing even better in the U.K selling over a million copies.

They released two albums “Ready for Battle” in 1984 and ’’30 Years to the Day” in 2007. Their hit singles include Hey You, Ready for Battle, Uprock. She’s Fresh and Used To Wish I could Break With Rock Steady. They made appearances in the films Wild Style, Streets Is Watching, Moonwalker, Beat Street, Flashdance, and Style Wars.

Throughout their career, the Rock Steady Crew have recorded music, danced on major shows, and even headlined some of them, appeared in popular music videos and movies. The SummerStage is making a comeback to the parks having been disrupted in 2020 by the global pandemic and is set to feature the Rock Steady Crew this year.